In order to acquire the competence – “Ability to work in a team”, as part of the course work on the course “Cross-platform programming” team of students of the FEI-21 group: Drevetnyak KA, Derzhil A.Yu., Datsiv DI and Sidor OO a joint course work on the topic: “Mathematical modeling of chaotic processes in dynamical systems” was performed.

Konstantin Drevetnyak on teamwork: “It was unusual to work on teamwork. For me personally, it was my first experience working in a team. Ivan Alexandrovich set a good task and was always ready to help. He did not give theoretical material that helped a lot in writing. In general, the topic of the work was quite interesting. At first I was surprised by its title, and especially the study of chaos. But when I understood the theory I realized how interesting it is. This work also helped me develop my knowledge in programming. “

Under the term dynamic chaos, scientists understand a very common nonlinear phenomenon, which is observed in many branches of science: astronomy, biology, chemistry, medicine, plasma theory and even in the social sciences. The appearance of chaos can be seen in turbulent balls of smoke, in the phenomenon of accidental displacement of the Earth’s magnetic poles, in the sudden onset of heartbeat fibrillation in a sick person, and so on.

The object of the study was four well-known mathematical models of dynamical systems in which there are modes of attractors and chaotic oscillations, namely: van der Paul-Duffing oscillator, Chua circuit, Lorentz attractor and two-link physical pendulum. The models were solved by numerical methods based on modifications of the Runge-Kutta method.

The result of the course work are four software projects written in modern programming languages: Visual C ++, C #, Java and Python. The parameters of the named systems at which chaotic processes arise are found. The results are presented in the form of graphs in Cartesian and polar coordinate systems.

Students continue to study chaotic oscillations in order to publish the results in a scientific journal. 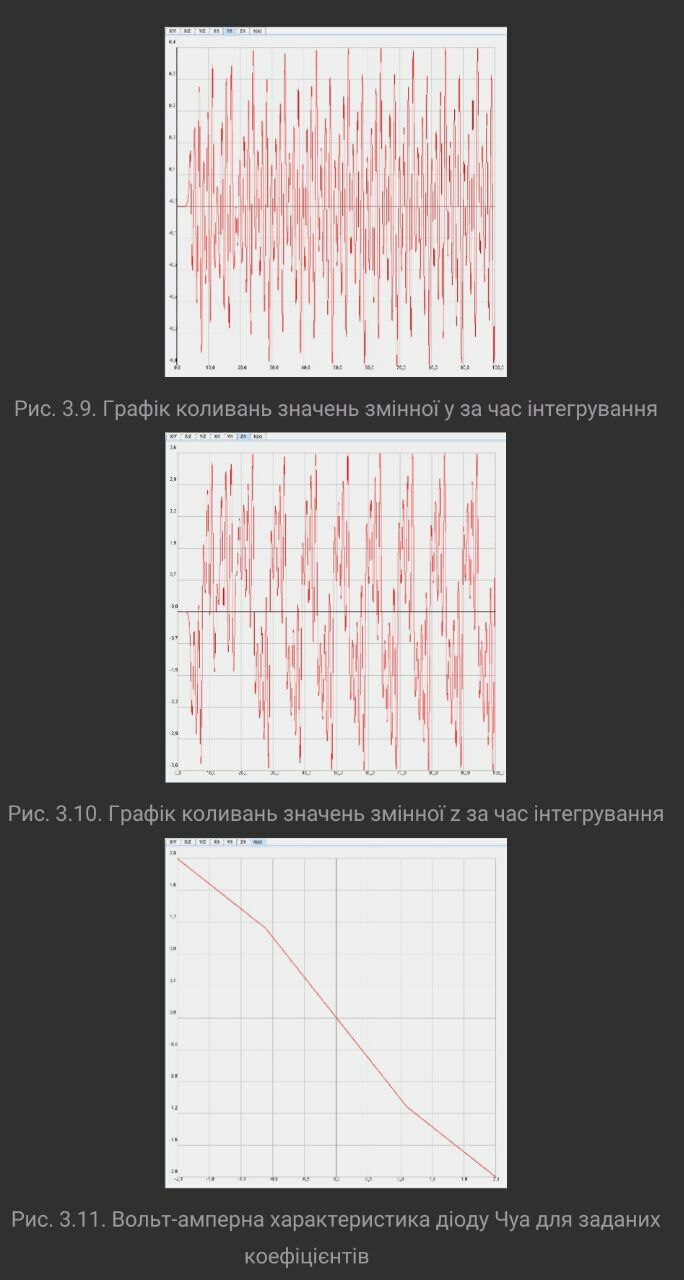